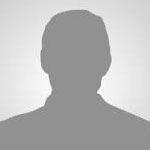 As America’s second oldest franchise organization, Arthur Murray International, Inc. is known around the world as a prominent entertainment company with franchises located throughout the United States, Canada, Puerto Rico, Europe, the Middle-East, Japan, Africa and Australia. With the beginning of a new millennium, social dancing is again a significant part of popular culture for all generations. Today, the Arthur Murray Franchised Dance Studios continue a tradition of more than 93 years in teaching the world to dance. The history…